Sunday,Tripoli-Mina, October 06, 2019, celebration of the 800th anniversary of the visit of St. Francis of Assisi to the Holy Land and his meeting with Sultan Malek Al-Kamil Al-Ayyubi in Damietta, Egypt in 1219,

St. Francis of Assisi Convent started in AM. "Tripoli Human Fraternity Day with the Christian and Muslim youths from Tripoli".

In addition to the presence of a large number of Christian and Muslim youth and participation of all the Franciscan family in Lebanon, the Carmelites, Antonine and many others. All the participants were estimated to be 500 people.

Following the interreligious Forum at 17:00 pm a Solemn Mass on the occasion of St. Francis, presided by H.E. Bishop Cesar Asayan, the Latin Bishop of Lebanon, in the presence of the Papal Ambassador, His Excellency Archbishop Joseph Spiteri, and a big group of Priests.
The Italian Embassy was represented by the Consul Doctor Marco De Sabatino.

After the Mass, all participated to the Blessing of St. Francis of Assisi statue made by H.E.the Nuncio.
Then a cocktail together with fire-works concluded the Celebrations on the green grass of the garden.

On Sunday 4 August a Holy Mass took place in our Church of Saint Francis for the Philippine Community with the presence of H.E.Bernardita Catalla (Ambassador) and her Staff.
After the Mass all participated to the lunch with special plates prepared by the same community.

A big group of Christians with their parish Priest father Maroun, from Alma Shaab -South lebanon for the first time paid us a visit this morning.
They visited the Church where they prayed the Rosary and the green park so they enjoyed a refreshment with some chocolate and a cup o coffee.

As every year at the beginning of August the great franciscan family, along with thousands of pilgrims from around the world, eager to cross the "door of eternal life", are preparing to celebrate the solemnity of Assisi's forgiveness.

From 1st of August at 12:00 until midnight on 2 August the plenary indulgence granted to all pilgrims who on any day of the year go to the porziuncola of the church of Santa Maria Di Assisi will be extended to all Franciscan churches and Parish scattered around the world, reciting the Our Father and Creed for the Holy Father with some other prayer and receiving the sacraments of Reconciliation and Holy Communion.

It was right in this small portion of land (from here porziuncola) that the poor of Assisi asked the Lord " that all who, repent and confess, will come to visit this church, obtain broad and generous forgiveness, with a complete remission of All the sins ".

That is why, in addition to telling you the full programme of events that will be a side to celebrations, we would like to offer you a selection of our franciscan texts, useful tools to get prepared for this important appointment of

Available in all libraries or on our website at a special selling price.

Thanks for the attention, Happy Feast of Forgiveness!

800 YEARS OF SAINT FRANCIS VISIT TO THE HOLY LAND

Sunday October 10, a mass celebrated in Shama Camp Unifil ( Brigata Aosta)- North Lebanon in the occasion of 800 years of St. Francis visit to the Holy Land.
The mass was concelebrated by Rev. F. Feras Lutfi OFM, Regional Minister for Syria, Lebanon, and Jordan with
Rev. F. Quirico Calella OFM and F.Paolo Solidoro Chaplains.
At the end of the Mass a Ceremony of gifts exchange was made between Brigadier General Bruno Pisciotta, Sector West Commander, and Father Feras Lutfi.

During the Christmas day with the Unifil Solider's in South Lebanon. 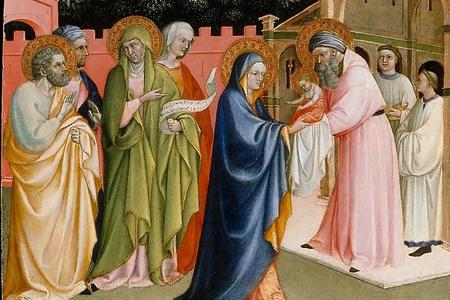 "Hosanna in the Highest, Blessed is the one who comes in the name of the Lord".
Yesterday 14 April, after the Procession the Palm Sunday mass was celebrated in our Convent by Fr.Quirico Calella ofm with the presence of the Filipinian community.

A big group of 46 persons Greek Ortodox from Beyrouth accompanied by Father Basilios Debes Parish Priest of St. Elias - Mina paid us a visit on Saturday 22 June. The group was interested about the life of Saint Francis of Assisi and Saint Anthony of Padova.

​
A Solemn Mass presided by the Latin Parish priest in North Lebanon Father Tony Ziadeh with five co-celebrants. A big group of believers from Akkar, Zgharta, Adonis and Tripoli - Mina participated with devotion.
In Lebanon there are 30 churches dedicated to St. Anthony of Padova and a large number of believers who follow him, believe in his Miracles and call their children by his name.
After the Mass the bread of St. Anthony of Padova was distributed to the believers and then all took part to the cocktail prepared in the courtyard.
Father Dr. Quirico Calella OFM, Superior of the Convent invited the Priest and the Franciscan Family to a dinner. 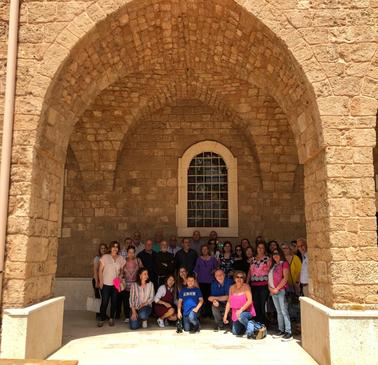 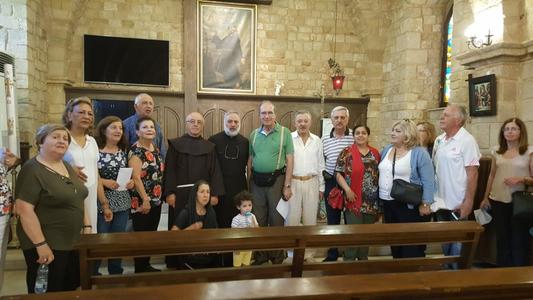 The devil is afraid of us when we pray and make sacrifices. He is also afraid when we are humble and good. He is especially afraid when we love Jesus very much. He runs away when we make the Sign of the Cross.
"Saint Antonio of Padua"

When the time came for the purification rites required by the Law of Moses, Joseph and Mary took him to Jerusalem to present him to the Lord  (as it is written in the Law of the Lord, “Every firstborn male is to be consecrated to the Lord), and to offer a sacrifice in keeping with what is said in the Law of the Lord: “a pair of doves or two young pigeons.”
Now there was a man in Jerusalem called Simeon, who was righteous and devout. He was waiting for the consolation of Israel, and the Holy Spirit was on him. It had been revealed to him by the Holy Spirit that he would not die before he had seen the Lord’s Messiah. Moved by the Spirit, he went into the temple courts. When the parents brought in the child Jesus to do for him what the custom of the Law required, Simeon took him in his arms and praised God, saying:
“Sovereign Lord, as you have promised, you may now dismiss your servant in peace. For my eyes have seen your salvation, which you have prepared in the sight of all nations: a light for revelation to the Gentiles, and the glory of your people Israel.”  The child’s father and mother marveled at what was said about him. 34 Then Simeon blessed them and said to Mary, his mother: “This child is destined to cause the falling and rising of many in Israel, and to be a sign that will be spoken against, so that the thoughts of many hearts will be revealed. And a sword will pierce your own soul too.” There was also a prophet, Anna, the daughter of  Penuel, of the tribe of Asher. She was very old; she had lived with her husband seven years after her marriage, and then was a widow until she was eighty-four, she never left the temple but worshiped night and day, fasting and praying.  Coming up to them at that very moment, she gave thanks to God and spoke about the child to all who were looking forward to the redemption of Jerusalem.
When Joseph and Mary had done everything required by the Law of the Lord, they returned to Galilee to their own town of Nazareth. And the child grew and became strong; he was filled with wisdom, and the grace of God was on him.

At night a Holy Mass has been concelebrated by Father Quirico Calella and Father Roger Saad with the presence of a big number of believers. At the Gloria the statue of the Holy Infant Jesus was unveiled and at the end of the Mass was made a little Procession until the Crib where the statue was deposited and incensed.
Many Christmas decorations were prepared around Saint Francis Convent weeks before and between them a very tall natural Christmas tree (an Arucaria tall 30m.).
After the Liturgy all were invited to take part to eat a piece of Christmas cake and to drink a glass of champagne.

Saint Francis Convent organized an official Iftar in the attached closed courtyard.
Father Quirico Calella OFM, Superior of the Convent invited a big number of guests: between them the Mufty of Tripoli doctor Malek Al Chaar with other Cheikhs, the maronite Bishop Joseph Naffaa, the Melkite Bishop Edward Daher, the Greek Ortodox Bishop represented by Father Basilios Debes and a numerous of Parish Priests from all rites to join Muslims in our Convent. Also Mr.Abdelqader Alamiddin, Meir of Mina, honored us of his presence and other civil Representatives of the Institutions.
This event is one of the many activities for the 800 years of Saint's Francis visit to the Middle East and the historical meeting with Malek el-Kamel in Damietta -Egypt.
In his speech Father Quirico stressed on the visit of Pope Francis in the Arab United Emirates on February the 4th this year and the Document signed both by the Pope and the Grand Imam of el-Azhar Ahmad Attayyeb.
So he invited to implement the content of said Document on Human Fraternity for World Peace and Living Together.