In December, the UN General Assembly adopted a resolution to declare 4 February as International Day of Human Fraternity.
The resolution was the outcome of Christian-Muslim cooperation to promote peace and intercultural dialogue in the world.
“The General Assembly, acting without a vote, adopted three resolutions and one decision today, including one calling for a further comprehensive review of United Nations peacebuilding in 2025 and another proclaiming 4 February as the International Day of Human Fraternity” 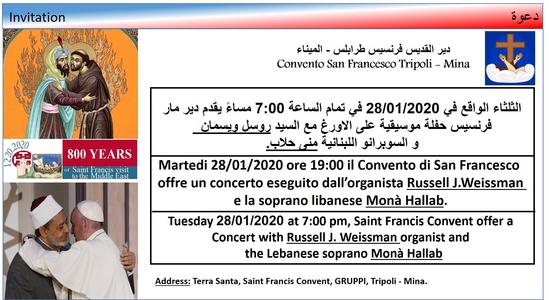 Saint Francis Convent was privileged to receive for the first time the new Italian Ambassador Her Exc. Dr. Nicoletta Bombardiere with the Consul Dr.Marco Di Sabatino and Madonna El-Hakim(Public Information Office&Interpreter}. At the arrival the Delegation was welcomed by Father Quirico Calella ofm Superior of the Convent and by Brother Riccardo Ceriani ofm. in charge of the Terra Santa International Pipe Organ Festival. All visited the paints exposition of the Canticle of the Creatures, painted by Marco Giubileo,an Italian painter, and the Church so the Ambassador signed the Golden Book. After she was introduced to the friends and guests of Saint Francis, between them Father Michel Haddad Superior of the Carmelites Friars, Monsignor Nabih Moawad Parish Priest of Saint Maroun and the Franciscan Sisters of Gemona that are working in the village of Minjes near the North Border of Lebanon.
Father Quirico Calella OFM after a welcoming speech to the Ambassador awarded her the official Medal of the 800 years Jubilee of the meeting "Sanit Francis and Sultan Malek El-Kamel" during the visit to the Middle East. He stressed that exactly in those months 800 years ago Saint Francis was in the Cedars Land. Father Quirico gave her also a few Magazines related to the Custody of Holy Land and the Franciscan presence in the Middle East. After a little speech of thanks the Ambassador made a toast to the Franciscans, Italy and Lebanon.
Before leaving she visited the Sports Center and was informed about the future development plans. 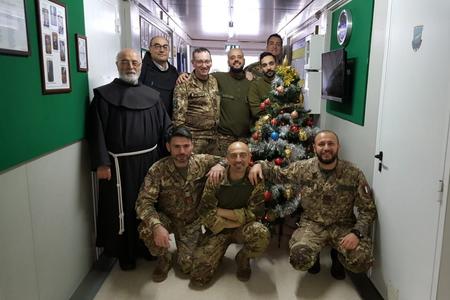 ​​Tripoli Al-Mina: a long story of service for the local community

This is the situation of our Convent of Terra Santa -Saint Joseph, Gemayzeh in Beirut after the explosion on August 4, 2020, in the port. The Church and all the rooms of the Convent were in damaged seriously.
Now a group of volunteers and young Franciscans are cleaning and repairing the Church and the rest remembering the words that the Crucified of Saint Damiano said to Saint Francis of Assisi " Francis go and repair my Church which, as you see, is all in ruins!".
Those words today sounds to us like a prophecy.
In the near future our Superiors are thinking to make a big project to renew all the buildings respecting of course the old part of the Convent that was in the beginning the first Theater of Beyrouth. 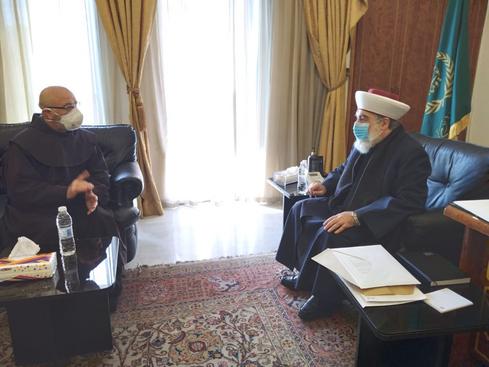 In occation of the Human International Fraternity day at 12.00 Father Quirico Calella ofm. paid a visit to the Mufti of Tripoli H.E. Mohamad Imam and offered him the Message of the Pope Francis for the peace 2021 with a personal letter of the Nuncio H.E. Mons.Joseph Spiteri.

A beautiful ceremony was made yesterday in our Convent of Terra Santa -Beyrouth to reopen the Convent after the restorations caused by the explosion of august the forth. Were present between the others the Nunzio Monsignor Joseph Spiteri, the German Ambassador with his wife, the Councelor and Charge' d'Affairs Roberta Di Lecce from the italian Embassy and all the Franciscans Friars working in Lebanon. After a few words of welcome by the Superior of the Convent, Father Feras Lutfi and the Italian Councelor, began a little Concert of Christmas songs performed by the Soprano Mona Hallab from Tripoli accompanied on the piano by Fadia Dumani from Mina.
After the music program spoke the German Ambassador, the Governor of Beyrouth Marwan Abboud and the Nunzio that blessed the restored rooms.
Everybody were invited to a Franciscan lunch.

Tuesday 28 January, in the frame of the the 800 years Celebrations of St. Francis visit to the Holy Land, in cooperation of the International Pipe Organ Festival promoted by NDU and the Custody of the Holy Land, another event took place in our Church. The organist Russell Weismann from Washington DC(USA, and the Soprano Mona' Hallab from Tripoli, performed a Concert based on an international program in five languages.
At the end of the Concert Father Quirico Calella awarded to Muna Hallab and Russel Weismann an image of the meeting of Saint Francis and Sultan Malek el-Kamel, made in mother of pearl.

To father Khalil Rahme was given a special Medal with the same subject prepared by the Custody of the Holy Land for the Jubilee of the 800 years.
After the Concert many guests coming from out of Tripoli and the Artists participated to a dinner in a Restaurant nearby.

In the occasion of Christmas Season at Saint Francis Convent Tripoli - Mina yesterday was made the second distribution of packages gifts but to Lebanese citizens and both Palestinian & Syrian refugees.

How was the day formed?
General Assembly president Volkan Bozkir, introducing the resolution, said that peacekeeping is an essential part of the work of the UN. He added that the resolution would 'advance efforts to bring greater coherence to the Organization’s peacebuilding efforts and enhance the efficiency and effectiveness of its work'.
The Higher Committee for Human Fraternity, which was established on 20 August 2019, comprised members like Cardinal Ayuso Guixot, the president of the Vatican’s Pontifical Council for Inter-religious Dialogue, and Salam.
They met UN General Secretary António Guterres on 4 December 2019, at the UN headquarters, and presented him a message from the Pope and Grand Imam, that proposed 4 February be declared the World Day of Human Fraternity.

On Sunday, December 2020, a Christmas distribution of 200 packages was made in our Convent coordinated by the Philippines Embassy and the local community in the North of Lebanon. The Embassy was represented by the Legal Adviser and Attache' Marisar Ivy Cabatingan that arrived at 9.30 directly at from Beyrouth with a truck full of gifs sent by the Department of Foreign Affairs.

A full week (30/11-7/12) of serologic tests took place at Saint Francis Convent, Tripoli-Mina, by the volunteer Doctor Fiorella Gosetto that came from the famous hospital of Cottolengo, Torino - Italy.
This was a gift to Lebanon and to Saint Francis of Assisi for his 800 hundred years of the Saint in the cedars land(1220-2020).
The tests were made in the morning and in the afternoon.
One day was spent in Menjez village where the Franciscan Sisters have a big School including handicapped children and a Clinic. 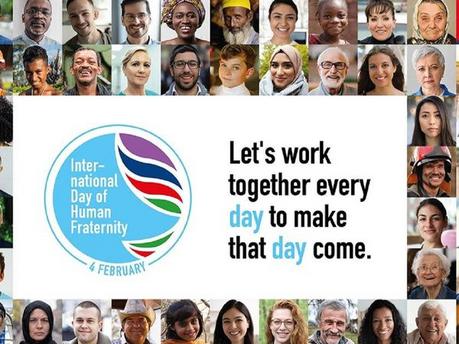 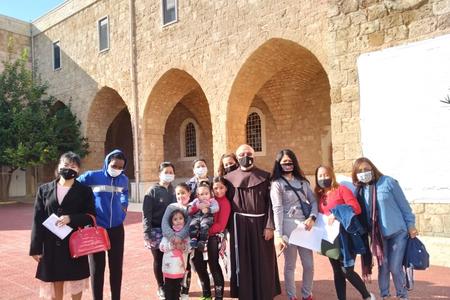